DJ Suketu will soon launch an album featuring original house tracks produced by him. The album is an attempt by the ace DJ to break out of the mold of a mere ‘DJ’ and prove his worth as a music producer. It is also an exercise that envisages spreading awareness amongst House Music fans in India – a considerable and growing number – about the kind of talent that exists in their home country.

The album will feature tracks with Hinglish vocals thereby providing listeners with a healthy, unique mix of western sounds and eastern elements. It’s only a matter of time before you see the album at your nearest music store. Watch out! 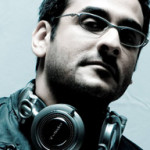